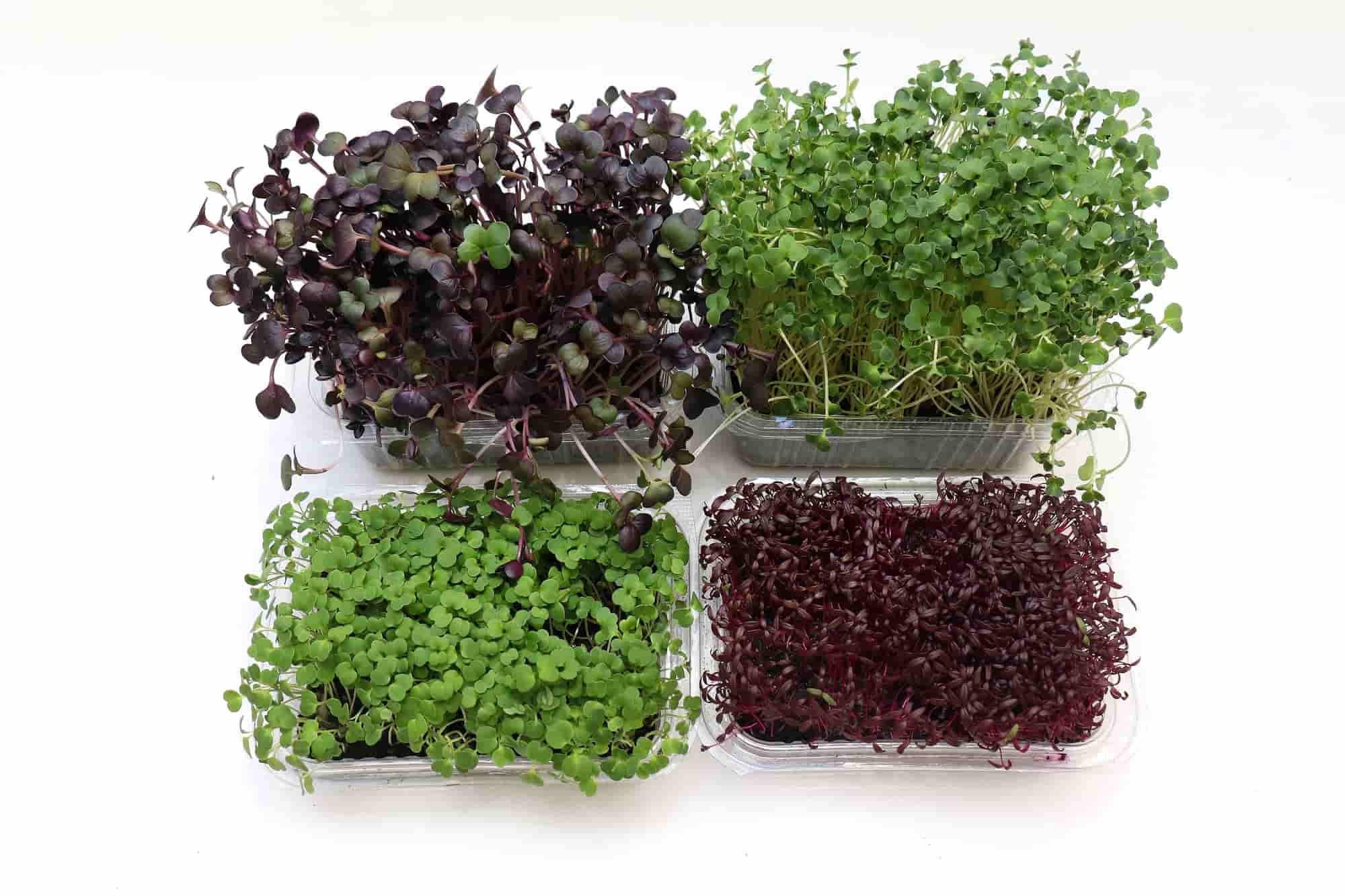 When a plant’s germination has produced a stem and its first leaves, it’s ready to harvest as a microgreen. This means they are very young plants harvested after only 2 or 3 weeks. This makes them nutritious as they still hold many of the nutrients preserved in the seeds. The nutritional value of microgreens added to the fact they are easy to grow is making them increasingly popular.

As microgreens are so quick and easy to harvest many people have started their own microgreens business, selling their produce locally. This is beneficial to the community as microgreens are at their most nutritious when fresh. However, any new business would have to research what microgreens would sell in their area.

The diversity of types means that microgreens can offer a wide range of tastes, colors and textures to choose from. Although each type of microgreen may be different, they are all easy and quick to grow.

Let’s take a look at the diversity microgreens offer just from these 6 most commonly used plant families.

This family of plants is probably best known to you as cauliflower, arugula, cabbage, watercress, broccoli radish, and watercress. The family also includes medicinal plants. This plant family contains over 1500 species. Brassicas are said to have been used in India as a food source as early as 3000BC.

It is believed though, they were first used in Europe 8000 years ago. Although for most of this time they have been consumed as fully grown vegetables or used for their oil properties. They have only more recently been used as microgreens.

Thought to have originated in Argentina 5 million years ago this plant family is perhaps one of the largest. To most people, this family is best known for flowers such as marigolds, chrysanthemums, dahlias, asters, and dandelions. It also includes many spices and species which would be ideal as microgreens, such as lettuce and artichokes.

Some members of this family of plants, like hemlock and fool’s parsley, are poisonous. The non-poisonous varieties have long been used as herbs and spices. Cumin, anise, dill, and coriander are examples of some spice and herb varieties.

Mainly found in subtropical or tropical climates this family is possibly best known for its daffodils and snowdrops. The family does however contain other, perhaps even better-known species, such as leeks, garlic, onion, and chives. In all, this family has a large assortment of plants that are suitable for growing as microgreens.

Often red in color this family of plants includes beets, including chard, garden beets and sugar beets. In the past, due to their nutritional value some of these plants have been grown for use as pseudo-grain crops. Only now are they being grown as microgreens for that same nutritional value.

In particular, Quinoa has become popular in the 21st century due to its very high nutritional value. There are many other species in this family that make excellent, nutritious microgreens.

This family of plants is usually only found in tropical or subtropical areas as they can be susceptible to freezing. However, that is not a problem if grown under normal conditions for microgreens. Microgreens can be grown anywhere in the world, regardless of climate.

Often known for their vines this family of plants includes melons, gourds, squashes, cucumbers, and pumpkins. These plants are of course best known for their large edible fruits. As microgreens though, the small shoots and new leaves can be equally tasty.

For centuries the nutritional value of microgreens has gone unnoticed and even top chefs were only using them as garnish. Today this is all changing with home cooks as well as chefs using microgreens to add nutrition to their meals.

Although the choice of microgreens is potentially huge, very little variety is offered for sale, even in health food stores. If you grow your own you can make the most of the huge variety available. One other benefit of growing your own microgreens is their freshness.

Microgreens are at their best when fresh and so, you can cut just enough to cover your daily need. If you do harvest more than you can eat in a day though, refrigeration will help keep them fresh.

With hundreds of plants potentially being able to be used as microgreens, your imagination is perhaps the only limiting factor.

Due to their diversity and nutritional value, microgreens may soon become a common household name. 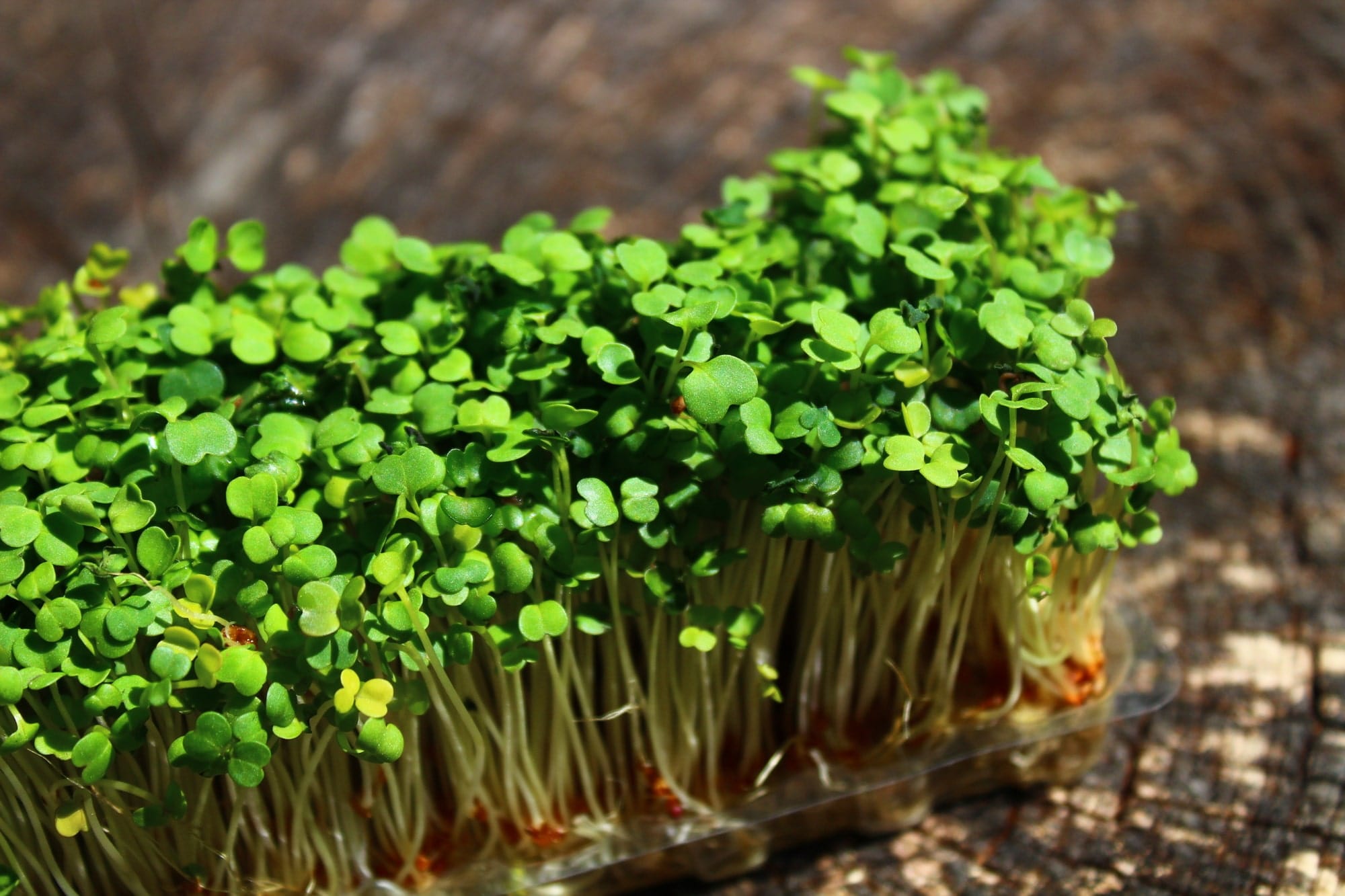 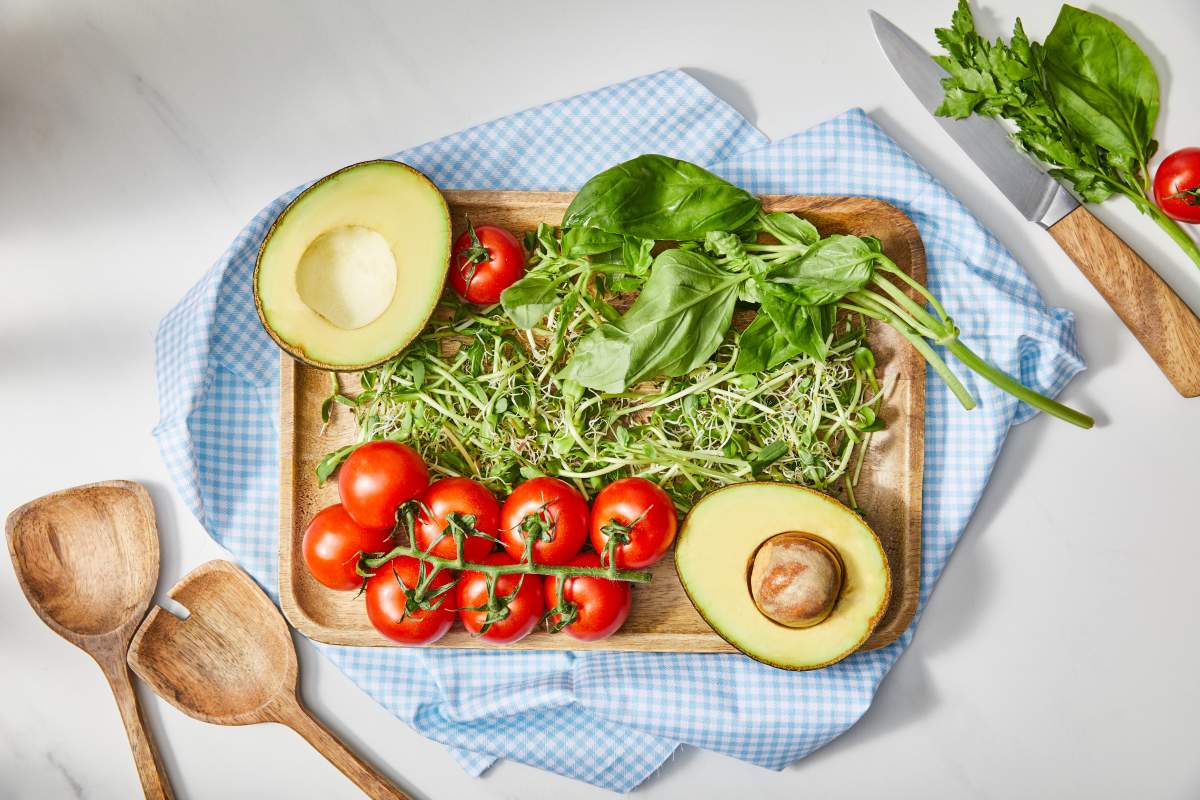 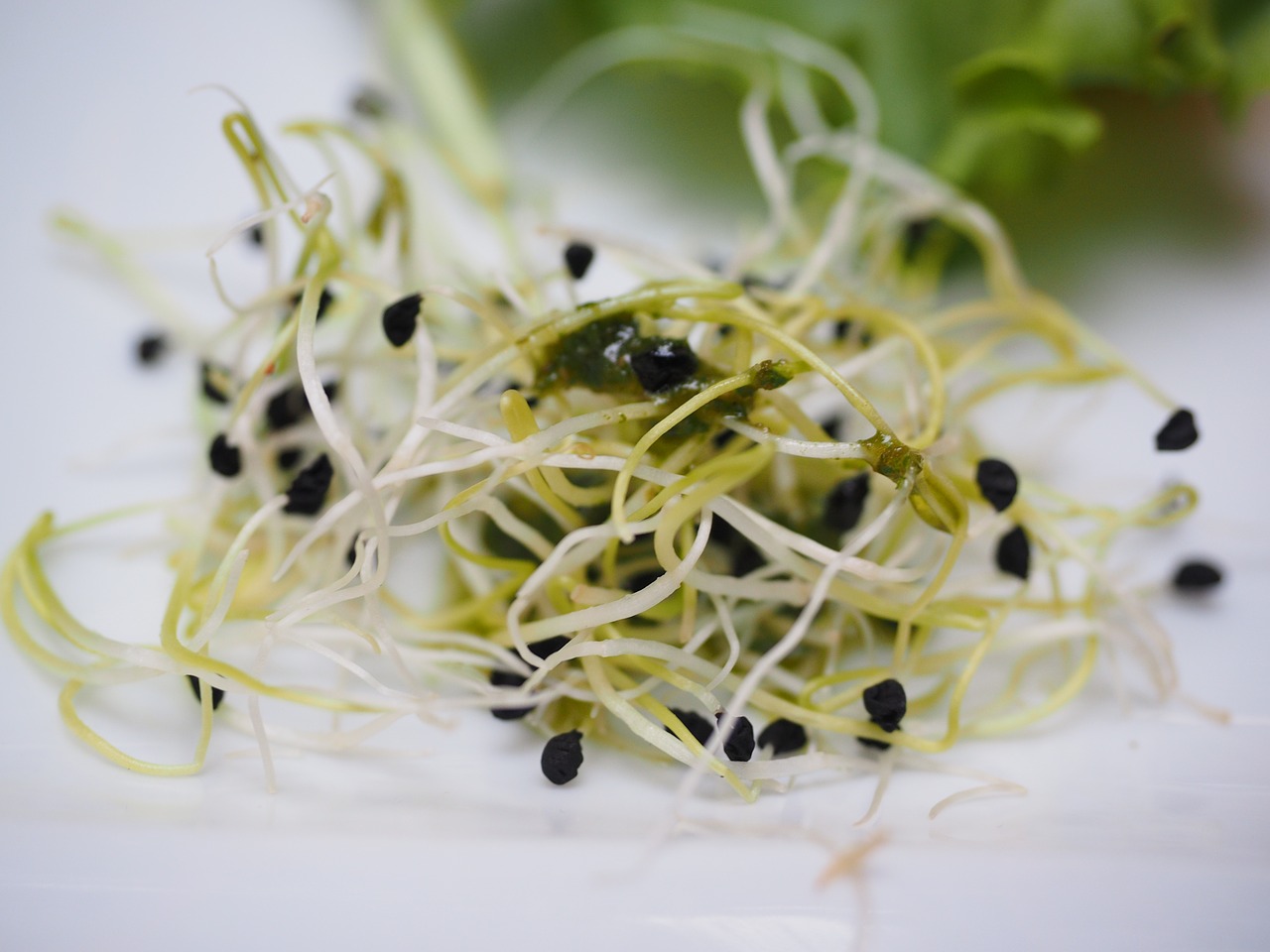